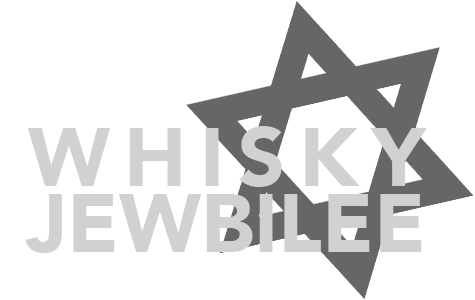 It’s no surprise that we here at Flight Club are fans of Jewish Whisky Company/Single Cask Nation.  These guys put out quality spirits and we have been beyond fortunate to partake in several.  In addition to the bottles offered via Single Cask Nation, the fine folks at JWC have also put together the Whisky Jewbilee, “a festival for all lovers of whisky” which has taken place in several cities around the US.

As JWC/SCN has grown, however, future Whisky Jewbilee festivals have been “mothballed” in an effort to help refocus energy into growing the SCN range of business.  While we are excited about their future, we are also quite sad that we have been unable to attend one of these past special events.  This means that we have not had the opportunity to share a dram with the fine folks from JWC/SCN but we have also been unable to obtain one of the limited special edition Whisky Jewbilee bottles…well, until recently.

Several months ago, the Whisky Jewbilee bottling from the 2018 NYC festival was offered to Single Cask Nation members.  We managed to get our hands on one of these bottles and in the spirit of the beginning of Hanukkah, we review it below.  To our friends at Jewish Whisky Company/Single Cask Nation and all others, shalom and slainte.

END_OF_DOCUMENT_TOKEN_TO_BE_REPLACED

It’s no surprise that the members of Flight Club are fans of Wild Turkey (see 30 days of Wild Turkey November 2017).  So when the good people at Single Cask Nation/Jewish Whisky Co. put the word out earlier this year that they were working on not one, but two, Wild Turkey releases, we were excited to try and get these bottles.

Single Cask Nation is essentially a U.S. based independent bottler putting out a variety of whisky and other spirits. These particular Wild Turkey single casks were limited in number and sure to be in high demand.  And boy, did this prove to be true.  Both releases (total of 283 bottles) sold out in minutes and Flight Club was fortunate to get a bottle of each release.

END_OF_DOCUMENT_TOKEN_TO_BE_REPLACED

The Scotch Malt Whisky Society (SMWS) is a well-known independent bottler of single cask, single malt whiskies from around the world. Owned by Glenmorangie and based in Edinburgh, Scotland, the SMSW purchases casks from distilleries and then releases the bottles with a distinctive code on the front (the first number states which distillery and then the number after the decimal point tells you which cask). This adds to the mystery and sets up a sort of blind tasting by ideally eradicating preconceived notions about particular distilleries.

Recently, SMWS has ventured into the world of American whiskey and they present us with SMSW 133.1. An interesting note about this release is that the people at SMSW have not really tried to hide the origin of this bottle. It comes from Washington State and the release party was held at the Westland Distillery in Seattle hosted by SMWS and by the good people at Westland. For obvious reasons, distillery 133 is thought to be Westland Distillery which is known for its varieties of American single malts.

SMSW 133.1 is a 5-year-old single malt whiskey sitting at approximately 114 proof. It is aged in heavy char virgin oak barrels.

END_OF_DOCUMENT_TOKEN_TO_BE_REPLACED

There is no dispute that Japanese Whisky can trace its roots back to Scotland. Nearly a century ago, Masataka Taketsuru famously went to Scotland to study and get hands-on experience distilling Scotch in the Speyside and Campbeltown regions. After returning to Japan, Taketsuru joined forces with Shinjiro Torii and they built the Yamazaki Distillery in 1923 near Kyoto. Taketsuru left Yamazaki in 1934 to build the Yoichi Distillery in a different part of the country to better mirror climate conditions he had seen in Scotland. Since then, the Japanese have become well versed in distilling the water of life and even today these two founding visionaries continue to dominate Japanese whisky as their companies have grown into Suntory (Torii) and Nikka (Taketsuru).

Japanese whisky is often compared to Scotch and this is a natural comparison given its previously discussed roots. This comparison, however, is a disservice. While inspired by Scottish whisky, Japanese whisky stands on its own and the varieties of whiskies emerging from the Land of the Rising Sun are sophisticated, multilayered, and creative in their own right.

One of these whiskies is Yamazaki 12 year old single malt (43%ABV, $100+). The 100% malted barley distillate is aged in a combination of ex-bourbon casks, sherry casks, and mizurana oak casks. Visually, the coloring is golden to amber, shimmering in the light. It’s inviting you to come on a journey.